Fulham moved nine points clear at the top of the Sky Bet Championship with a 2-0 victory over promotion rivals Blackburn on Saturday.

Both goals came in the first half as Neeskens Kebano and Harry Wilson struck at Craven Cottage.

Rovers, beaten 7-0 last time the sides met, rallied after the break and Sam Gallagher had an effort disallowed due to an offside flag but Fulham held on.

Bournemouth missed the chance to move above Huddersfield into second as they were stunned by a late Preston winner in an eventful finish at Deepdale.

Highlights of the Sky Bet Championship match between Fulham and Blackburn

Emil Riis struck in the 89th minute to hand Preston a 2-1 win moments after Nat Phillips had forced a fine save from Daniel Iversen at the other end.

In the commotion that followed, Bournemouth had both manager Scott Parker and defender Adam Smith, who was on the touchline after being substituted, sent off.

Earlier Jamal Lowe had put the Cherries ahead five minutes into the second half but the hosts quickly responded through Cameron Archer. 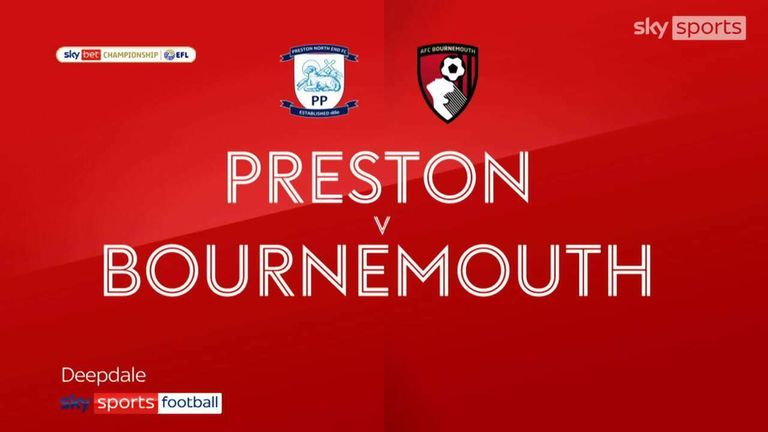 Highlights of the Championship match between Preston and Bournemouth.

Play-off hopefuls QPR, who had won just one of their previous six, lost more ground as they surrendered a lead to lose 2-1 at home to Cardiff.

Andre Gray gave Rangers the lead seven minutes before the break but two Cardiff goals in the space of four second-half minutes from Isaak Davies and Rubin Colwill turned the game around.

Steve Bruce finally claimed his first win as West Brom manager at the sixth time of asking by overseeing a 2-0 success over former club Hull.

Karlan Grant was on target twice for the Baggies, opening the scoring in the 17th minute and then adding a second from the penalty spot early in the second period.

Morrison netted in each half – his first goals in English league football since 2014 – to lift Wayne Rooney’s Rams above Barnsley and within five points of Reading in that all-important 21st place. Morrison also hit the woodwork in a fine display from the former Manchester United trainee. 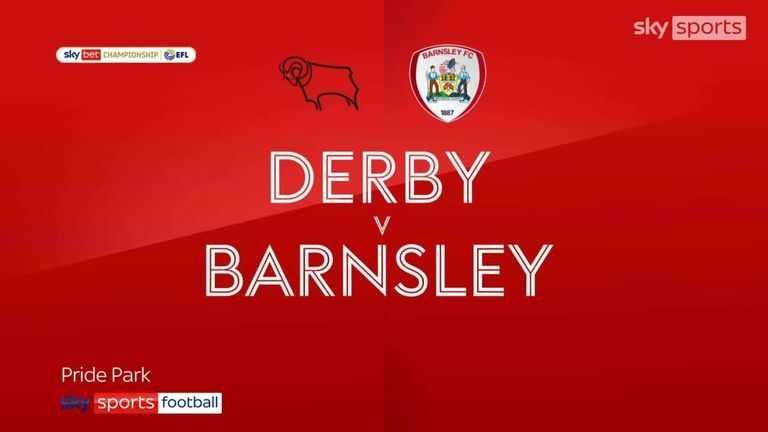 Highlights of the Sky Bet Championship match between Derby and Barnsley.

Derby’s hopes were enhanced as Reading slipped up at the home to improving Millwall.

Jake Cooper headed the only goal of a 1-0 win for the Lions, a fifth successive victory for the London side that further boosted their growing play-off hopes.

Swansea were comfortable 3-1 home winners over Coventry. Michael Obafemi struck either side of half-time after Jamie Paterson had opened the scoring. GustavoHamer scored a late consolation for the visitors.

Chong, making his first start since October following injury, was on target after just two minutes at Ashton Gate before Nico Gordon soon added a second. Alex Scott pulled one back for the hosts.

Middlesbrough edged out Luton 2-1. An early Paddy McNair penalty put the hosts in control but it was not until Duncan Watmore’s effort three minutes from time they began to breathe easily.

Even then Harry Cornick responded for the Hatters but it proved only a consolation.

In the day’s other game, Josh Bowler scored an 86th-minute winner as Blackpool snatched a 1-0 victory at Stoke.

Wigan closed the gap on Sky Bet League One leaders Rotherham to four points thanks to a 1-0 win over AFC Wimbledon.

Will Keane scored the only goal of the game after 21 minutes as the Latics took advantage of Rotherham’s surprise loss at home to 10-man MK Dons.

Daniel Barlaser gave the Millers the lead from the penalty spot in the first half after Daniel Harvie was sent off for a foul on Chiedozie Ogbene.

However, the visitors equalised through Harry Darling on 57 minutes and Mo Eisa grabbed the winner just two minutes later to keep his side just three points behind Wigan.

Oxford remain fourth in the table after cruising to a 4-1 win over Burton, with all five goals coming in the first half.

Sam Baldock scored twice and Gavin Whyte and Matty Taylor were also on target to make certain of the three points before Adlene Guedioura pulled one back in first-half stoppage time.

Wycombe moved into the play-off places with a 3-1 win at bottom side Crewe, Lewis Wing scoring twice following Sam Vokes’ opener as the Chairboys took advantage of Sheffield Wednesday’s loss at Lincoln and Sunderland being held to a goalless draw at Charlton.

John Marquis opened the scoring for Lincoln after just three minutes and although Saido Berahino equalised for the visitors, Brooke Norton-Cuffy put the Imps back in front before a second from Marquis sealed the 3-1 win.

Portsmouth made light work of playing 70 minutes with 10 men as they beat Accrington 4-0, George Hirst opening the scoring before Marcus Harness was sent off for a foul on Ross Sykes.

Sean Raggett’s header made it 2-0 to the home side and Hirst grabbed his second before Ryan Tunnicliffe completed the rout.

Plymouth kept up their play-off push with a 2-0 win over Morecambe thanks to first-half goals from Conor Grant and Ryan Hardie, while Ipswich did likewise following a 2-0 victory at Fleetwood, Sam Morsy and Kayden Jackson the men on target.

Doncaster remain in the relegation places after suffering a 4-0 loss at Cheltenham, where Alfie May scored twice and Ben Williams and Mattie Pollock were also on target.

Adam Clayton was sent off for the visitors just three minutes into the second half after collecting two yellow cards.

Gillingham were also reduced to 10 men as they slipped to a 3-0 home defeat at the hands of Bolton, Daniel Phillips getting his marching orders on the hour mark at Priestfield Stadium.

Bolton were already in front through Aaron Morley’s 31st-minute strike and made sure of the points with goals from Declan John and Jon Dadi Bodvarsson in the second half.

Cambridge and Shrewsbury played out a 0-0 draw at the Abbey Stadium.

Rob Edwards’ side, who have taken only three points during that sequence, trailed to Matt Smith’s early header and Stevens levelled with his 21st goal of the season in the second half.

Forest Green’s lead at the top has been cut to eight points by Northampton, who held on to beat Tranmere 3-2 at Sixfields for their first win in four.

Fraser Horsfall headed home twice in the space of eight first-half minutes to put the Cobblers in control and Mitch Pinnock added their third before goals from Oldham pair Josh McPake and Kane Hemmings ensured a nervy finish.

Sutton climbed back into the third automatic promotion spot after a 3-0 home win against Rochdale thanks to Enzio Boldewijn’s first-half double.

Dutchman Boldewijn’s first goals for Sutton gave them a 2-0 interval lead and Joe Kizzi wrapped up the points before the hour mark.

Gareth Evans fired former Wales boss Hughes’ side in front, but Harry McKirdy levelled for Swindon before half-time and Payne struck from the spot in added time after Alex Bass had fouled Ellis Iandolo in the box.

Tom Dallison’s late header clinched Colchester their first win in seven games, 1-0 at home against Port Vale, who slipped to their first defeat in 10.

Donervon Daniels rescued a point for Walsall in a 1-1 draw at relegation battlers Barrow, who had taken a first-half lead through John Rooney, while Scunthorpe remain bottom after a 0-0 draw at Crawley.

Theo Archibald’s stoppage-time equaliser salvaged a point for Leyton Orient in a 2-2 home draw against Stevenage.

Ruel Sotiriou cancelled out Luke Prosser’s header for Stevenage and although Luke Norris restored the visitors’ lead before half-time, Archibald rescued the O’s in the fourth minute of added time.

Morgan Feeney’s stoppage-time header secured Carlisle a 2-1 win at Oldham, who lost for the first time in eight games under boss John Sheridan.

Sheridan, in his fourth permanent spell in charge at Boundary Park, saw Davis Keillor-Dunn’s first-half penalty saved by Carlisle goalkeeper Mark Howard before Hallam Hope put the Latics ahead at the break.

Omari Patrick equalised for the Cumbrians early in the second period and Feeney headed their winner in the fourth minute of added time.

In the lunch-time kick-off, David Ferguson’s second-half effort clinched Hartlepool a 2-1 win at Harrogate after Luke Molyneux’s superb strike had cancelled out Luke Armstrong’s 13th goal of the season for the hosts.